Trainer Mike Mitchell, who saddles #3 Morton Owen, must always be respected in a maiden claiming race. Morton Owen was previously trained by David Carroll and he rallied nicely to finish second on Dec. 7 at the Fair Grounds.

Mitchell won with 23 of his last 76, or 30 percent, when taking over the training from someone else.

Trainer Neil Drysdale and jockey Joel Rosario hook up on #4 Gretsky who never works out fast, but ran a 77 Beyer Speed Figure in his Jan. 22 debut. I’d like to see at least one fast workout, but he could win regardless.

First time starters #2 Shock the Board and #5 Ben’s Bullet could be good bets if the price is right. While the owner of #6 BradytoMoss said his horse is a long-legged colt that should fit better in a route race. However, that same owner told me that he likes his other horse, #3 Prince Andrew in today’s third.

Did jockey David Flores cost I Can Hear the race?

Entering the stretch, #7 I Can Hear appeared to be in an excellent outside rallying position. But for some reason, jockey David Flores ducked this debuter to the inside where she sat between the weakening #6 Irish Pepper and #3 Gifted Gina. They were all trying to catch #4 High Note, who was 2-1/2 lengths ahead.

I Can Hear kicked in with a late burst and almost got the money up the inside, missing by a half a length.

But it just seems to me that Flores made a mistake by not rallying on the outside, because I think I Can Hear would have been better able to concentrate on running hard if she wasn’t surrounded by other horses.

To watch a replay of this race, go to www.calracing.com. 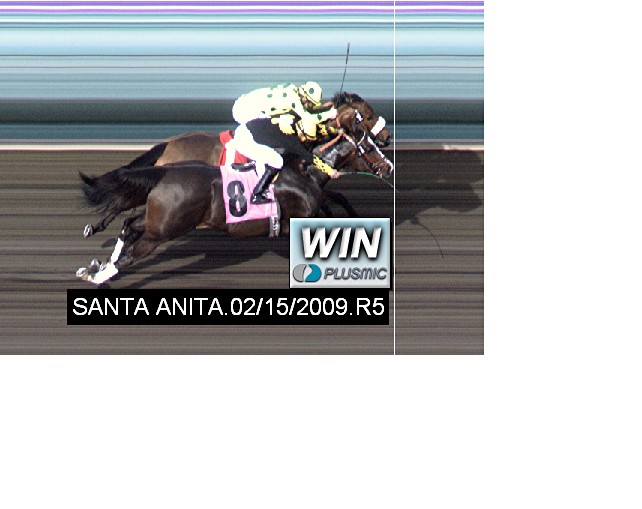 On the inside, #1 Brent’s Passion looked like she lasted against #8 Roll Model at the wire, but really it was too close to call.

Dollase, who at 27 years old in 1998 saddled Reraise to win the Breeders’ Cup Sprint, had lost his first 31 starts at Santa Anita this year. So it must have been quite a relief for Dollase when the placing judges posted 3-to-1 shot Roll Model first.

Ridden by Jesus Rios, Roll Model stalked the pace, but she couldn’t get by stubborn pace setter Brent’s Passion in the stretch until the very last moment.

I bet $250 on #2 Play Reveille, who showed early speed, and #7 Track Majesty, who finished third after coming off a six-month layoff.

To watch a replay of this race, go to www.calracing.com.